Ever wanted to run away to join a circus? Or just wanted for a time to run away from your daily life? Is life perhaps more glamorous somewhere/ anywhere else?

As Claire ponders her chances of being chosen for the next ballet concert, she is also starting to ache for a bit more freedom to just ‘hang out with friends’. Some of her friends’ parents seem to be less controlling; according to Amy, her mum “let’s me do pretty much whatever I want”, while Claire has to fall in with her mother’s plans and wishes.

However, Claire’s life is turned upside down when firstly her dear grandmother has a fall at the ballet, and then Claire herself is knocked out in an accident. When she returns to a conscious state, none of her surroundings make sense – especially the monkey peering down at her!

Befriended by two young circus performers, Rosina and Jem, she is slowly introduced to a different world in a different time – far removed from the leafy northern suburbs of Sydney she has known. As her displacement slowly dawns on her, Claire has to adjust to not having everything at her fingertips. Things like her mobile phone, her modern wardrobe and a regular family meal just don’t appear in her new environment – that of a travelling circus.

Gradually, Claire gets a sense of place and time as she takes in the colours, activities and odours of circus life in 1932. Learning more about her new friends, she is also exposed to a lifestyle far removed from her own.

Author Belinda Murrell paints an interesting picture of life of the Great Depression, when many families struggled to survive in tight circumstances. Often, when the travelling circus arrived, it would transport families to a world away from their daily cares and worries, if only for a short but grand time.

Within the circus confines, Murrell weaves an exciting and entertaining story about circus performers. Outside of the circus, she also 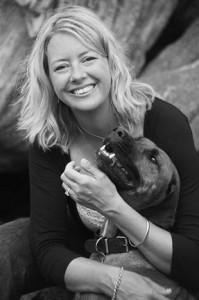 adds in some notes of history, including celebrations for the opening of the Sydney Harbour Bridge and political intrigue of the times. Mixed in with this are questions about class differences and how we often unfairly judge people. All of which make the Sequin Star a great adventure story, inspired by the stories of young women who grew up performing in Australian circuses. (Published: May 1, 2014)

Were you surprised by the actions of any particular character in this story?

Would you like to run away to join a circus?

## For more details about the other (20 or so) books written by Belinda Murrell, check out her website: http://www.belindamurrell.com.au/