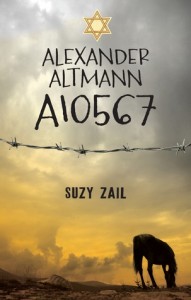 As I read Alexander Altman A10567, I recalled Suzy Zail’s earlier book the Wrong Boy – and it made sense that this book should follow. It made even more sense, when I read an interview where she spoke of wanting to tell her father’s story of surviving Auschwitz.

As Suzy stated in this interview:

There were history books and photos in the library, but not all children liked to read history books. Not all of them were ready for graphic images. I’d been to schools and libraries and talked to children about their holocaust reading and knew that the best way I could help them understand the holocaust was by giving them a character to care about.

In Alexander Altman A10567, she certainly gives young readers someone to care about (primarily 14 year old Alex). And as she describes the trials and desperation of those in concentration camps, there is also lots to think about on a personal scale. In doing so, Zail has not protected young minds from the brutalities of war, but causes you to think about the dark things that have happened in the world’s history, and the powerful instinct of survival.

Alexander’s world is understandably turned upside down as his family trudges towards the Jewish concentraion camp of Auschwitz. The alone, in survival mode, his wits are sharpened and his trust in others switches off. He sees too much, and questions everything in his efforts to survive. Truly a reflection of the brutal experiences and suffering which Zail researched – but there is hope and humanity to be discovered – somehow.

As another reviewer stated: 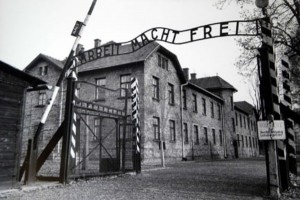 With the character of Alexander Altmann based on the experiences of a real Auschwitz survivor (Fred Steiner), Zail has personalised history, shared the atrocities of war and made history accessible to young readers. Many will identify with the changing emotions of Alexander – even though it might be really hard to imagine being in his place. Certainly, it provides another way to understand some of the impacts of the Holocaust on the Jewish people – fitting well alongside other books such as the Book Thief, the Boy in Striped Pyjamas and of course, the Wrong Boy.