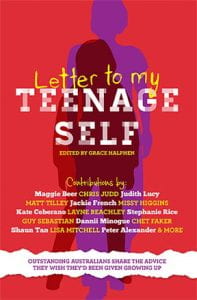 Subtitle: Outstanding Australians share the advice they wish they’d been given growing up. (2016)

This book was pulled together (i.e. edited and published) by Grace Halpen when she was 15 and in year 10 at a school in Melbourne. Having written her own ‘Letter to my Teenage Self’, she was then inspired to gather letters from well-known adult Australians in various fields of experience.

Adam Gilchrist advises his younger self to learn a musical instrument; Josh Frydenberg sends the  message that persistence pays off; Layne Beachley warns against comparing yourself to others – “Always believe you are deserving of love and you are enough, just the way you are.”

Many of the contributors point out that we all make mistakes – but this is how we learn. Respect for others is also a common theme. Recognising the support you can get from parents and friends, who have your best interest at heart, is not always obvious to teenagers – another common idea expressed by many.

Some try to help their younger self understand and get through bullying episodes – reflecting back and now being able to raise their heads triumphantly in a successful career – and wondering how their bully fared in life. (e.g. Missy Higgins, Judith Lucy). Others suggest that teens not take themselves too seriously (“Guess what? No one is watching your every move” – James O’Loghlin), and “try to be a little less arrogant” (Sir Gustav Nossal).

As well as these sentiments, there is a lot of encouragement to ‘be yourself and be courageous in following your dreams’. This is in spite of the angst many remember – angst about fitting in, body changes and all that is involved in the journey through the teenage years.

Discovering who you are in the teenage years is a challenging time. Many of these letters will speak to the heart of both teenagers and adults alike. Thank you to Grace and her willing mentors – this is a fantastic collection well worth dipping into.

Other contributors include Guy Sebastian, Peter Alexander, Jackie French, Dannii Minogue, Shaun Tan, Stephanie Rice, Maggie Beer and many more. (I only wish there was an index or table of contents which listed the letters of the 53 prominent Australians!)

# The edition I read was a Dyslexia Friendly book – obtained from Blue Mountains Council Library. These books have a special font and layout to help alleviate some of the issues experienced by readers with dyslexia.

## It is also available as an ebook from various sources.

### Another bonus from this book, is the fact that all profits from the sale of the book go to the Reach Foundation, which works to “inspire young people to believe in themselves and get the most out of life.”

What would you like to tell your younger self? 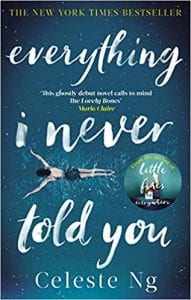 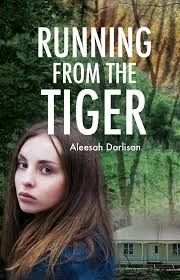 Life is different for some people. Not everyone experiences the glossy happy family life which is often portrayed in many books and movies. Sometimes it is just SO hard.

Ebony lives a simple life with her family – with her Mum and Dad and 2 younger sisters on a small property. They aim to be self-sufficient and eke out an existence with their own produce as Dad’s meagre income often falls short of their needs. As the eldest in the family, Ebony bears the burden of many chores and the brunt of much of her father’s anger.

At school, she is a loner until a new pupil arrives in her class. Teena instantly befriends Ebony, and together they come to trust each other and share deep secrets – while battling those who make life hard along the way.

The issues Running from the Tiger exposes are tough ones, which not everyone might feel comfortable with, but Aleesa Darlinson has raised them in an authentic way. So, who should read this novel about domestic violence, bullying and the need to take a stand against these wrongs?

As a story published by Empowering Resources, it could well help victims realise the power they hold within themselves to create change in their own world. It could also open the eyes of others who suspect situations of abuse to ways in which to support victims. Reading can also build empathy for the situations of others, without necessarily having to experience situations in real life.

Be prepared (get the tissues out) for a sad ending, though it is one filled with some optimism.

To cheer you after this, read another book from Empowering Resources, You’re Different, Jemima! This picture book sees energetic Jemima thwarted in her many attempts to please her teacher at school. Cleverly illustrated by Karen Erasmus, this delight shows how it is important to be true to your own personality, and how sometimes events can change the way you wish them to be and then you can remain true to yourself. 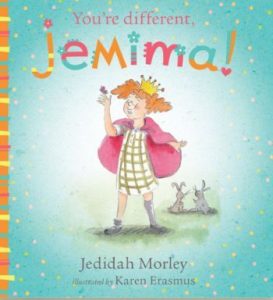 Stories are so important. We each hold so much knowledge and can empower others, through storytelling, so they may learn from our words and feel our support.

You can make a difference. By reading one of our books to yourself or a loved one, you can harness the courage to initiate meaningful conversation that will change someone’s life.

Is it important for readers to deal with, or be exposed to, difficulties others face in life? Or are these stories only meant for those struggling?