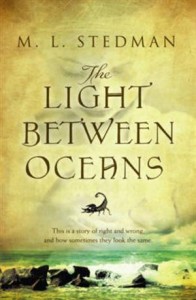 Many books are launched these days with more than just a poster in a bookshop. In this multimedia age, many authors (and/or their publishers) are using publishers’ websites, FaceBook, Twitter and YouTube to capture the attention of their potential readers; especially those attuned to some sort of screen during the day. So this is a new way of selecting books which you may be interested in reading.

Thus it is often possible to find a short book trailer being used to launch or further promote a book. Some examples I recently came across included not only newer books like Shiver by Maggie Stiefvater, the Hunger Games by Suzanne Collins and City of Ember by Jeanne du Prau; but also included classics such as Number the Star by Lois Lowry.

I had shown these to a class – to give them ideas for presenting a review of the books they had been reading for Literature Circles. The impact was quite powerful as we discussed some of the elements trailers involved. In short bursts, they learned of several books they had not all read. As one girl commented when leaving the class, the trailers could influence their choice, as much as a powerful book cover – “If I had seen that one (Number the Stars) before choosing my novel, I would have chosen it!”

Of course, this was only a ‘snippetty’ use of book trailers, and a lot more discussion and instruction would need to follow before students could begin to create their own. It’s certainly given food for thought, though at this stage we might spend a bit of time looking and reviewing examples first.

Most certainly, I will need to look into posts like that at Crystal Booth’s blog – http://www.squidoo.com/booktrailers to get started. 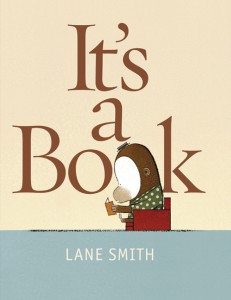 Thanks to our rep. from the Children’s Bookshop at Beecroft, we have discovered a great new picture book called ‘It’s a Book’.

This book, by Lane Smith, makes a quirky comment on the digital age through some quirky characters – a tech-savvy jackass/donkey and a book-loving ape. It’s all about comparing the old with the new, the expectations and habits we now have, and the demands that the digital generation face.

‘It’s a Book’ is a book which has already generated some discussion, but not because of its message as a promoter of the merits of books. It does remind us that books need no charging, don’t have bells and whistles, and can be quite relaxing to dip into. It even mentions the library as a place to find more books (if someone hogs the one you were wanting to read yourself…). All interesting comments in this digital age.

The controversy, however, seems to be about a term used at the end of the book. Whether you take offence, I think, might be dependent on your family, cultural or country-of-origin background. And even then, you would be wise to think about the author’s intentions, what he had already established in the book, and certain terms as they are used in the context of the book. Overall, it is meant to be a comment on the fate of books in this digital age.

Funnily enough, ‘It’s a Book’ has used a digital book trailer in its promotion (see below), which is a bit of a back-flip on the idea of promoting books themselves, but the two technologies can obviously go hand-in-hand.

‘It’s a Book’ is suitable at many different reading levels, and I can imagine young (Junior School) students talking about it, just as much as students studying at senior levels. For more about Lane Smith and his books, (he is an illustrator as well) see his web site.

What do you think?

Does it have the power to get people talking? does it speak to you? Or is it the type of book which really just ‘preaches to the converted’ i.e. book lovers? does it have a valuable message for all? (all constructive comments welcome – click on comments tab) 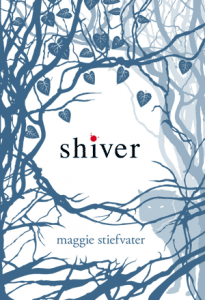 For some time, following the success of the ‘Twilight’ series, a massive number of Twilight-themed books appeared. Even now, bookshops and chain stores are laden with vampire love stories of various qualities. Now is the time to herald a new wave of  books – this time based on werewolves. (For those who are ‘Team Jacob’ perhaps?)

One well-written example of this is ‘the Wolves of Mercy Falls’ series by Maggie Stiefvater. Beginning with ‘Shiver’, the tales focus on the relationships which develop between humans, and those in their community who morph into wolves when the weather cools down – as winters do harshly in the fictional town of Mercy Falls (likened to forested areas just south of the Canadian border).

Grace has had a fascination of the wolves which live in the woods near her home for as long as she can remember. This is in spite of being snatched off a tyre swing and being dragged into the woods as a young child. For her, there was some unexplained attraction to these wild animals, and to one wolf in particular.

We meet Sam, listening to his thoughts about the sensations he feels, tastes and smells, and become aware of his acute instincts towards Grace. These are heightened when he is able to take refuge in her home – a place rarely frequented by her busy, preoccupied parents. This allows them to time to learn about each other and the forces impacting their lives.

A major complication for their relationship is the fact that Sam has, for many years, changed into a wolf as wintry weather approaches. This is the normal cycle – he can only be human for a short time each year – and this time is shortening each year.

Maggie Stiefvater has created some interesting voices in her tale (the first of 3) and gives differing perspectives – from the points of view of the wolves, the wolf pack and the human communities of Mercy Falls, as they exist side by side. You can almost smell the musky scent of the wolves, feel the crispness of the woods, fear the chill as winter approaches, and sense the anxiety of Grace and Sam as their time together appears to be running out.

On her blog, Maggie writes –

“As an artist and musician, I can’t work in a vacuum when I write—music and art is always in the back of my head in one way or another. Here on this page you’ll find the stop-motion animated book trailers I made for Shiver and Linger, playlists of some of the music I listened to while writing the book, and the music I wrote for the series. Plus, some links to some real wolf howls because that’s just cool.”

To read this, after reading her book, helps you to see how she has worked to evoke your senses, and to appreciate how her ideas have grown from perceptive ‘all-senses’ observations. The link above also gives you access to some quirky little book trailers she has created, with music she composed especially for the process.

‘Linger’ is the next book, with the final book ‘Forever’ due out next year. (N.B. The film rights have been bought and a screenplay has been written, but whether the series makes it to the screen is yet to be determined.)

Till then / before then, read the books!!!