I have been so lucky to receive 2 of the picture books shortlisted for the CBCA awards this year. And both are magical reads. 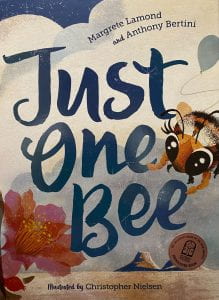 ‘Just One Bee’ by Margrete Lamond, Anthony Bertini and Christopher Nielsen (ill,) follows the determination of a solitary bee to fulfill its purpose in life.

‘In One-bee’s dream, the world is full of flowers…’

One-bee faces opposition and negativity when she meets:

What will happen? (This is often what I ask when reading to young children… don’t you?)

‘Just One Bee’ is a story of hope, the power of dreaming, and working for positive outcomes in life; but perhaps one which needs to be shared with meaningful discussion. It is not a rollicking tale, but one that could inspire those who look at the tiny pieces of our beautiful world, providing usually unseen magic and diversity – and thought for our planet. ** 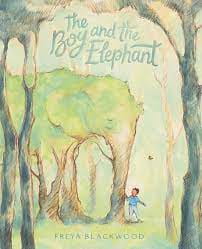 Another mesmerising shortlisted CBCA book is ‘the Boy and the Elephant’ by Freya Blackwood. Showcasing her illustrations, it is a wordless but powerful book.

It follows a young boy – at first through his waking routines – solitary in a busy landscape – to school – at school – at home. His only solace is in a vacant, but verdant, block of land next door, where nature’s friends abound.

Change threatens this solace (what will happen?), when the block is sold. I can imagine asking young readers what they would do, how they would feel, and what this story means to them. Freya uses no words – just intricate illustrations.

*Anthony Bertini speaks about the value of bees at the end of ‘Just One Bee’ – what they contribute,  the role they play on our planet, and the current threats to their survival.

** What can you do to help bees survive?

*** How do we save our greenery from ‘progress’?

**** Wonder what the other CBCA picture books are like? 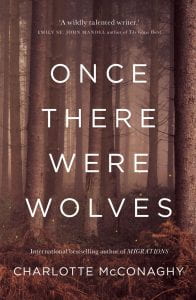 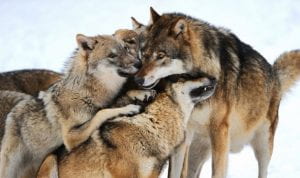 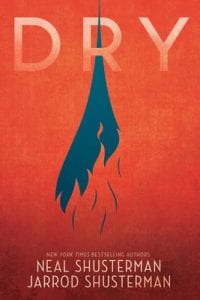 It is not unusual to read articles in the news lately discussing the use of scarce resources – water being one of them. Some Australian farmers currently have issues with water allocation, as a result of the drought. Those in political authority endeavour to meter out a scarce resource.

This premise is the basis of the story of Dry – leading to the extreme situation where parts of California simply have their water supply cut off. After a period of guided rationing, the taps simply run dry. This is an extreme level of the Tap-Out.

When their parents fail to return from a drive to get water supplies for the family, Alyssa and her brother Garrett look for them, accompanied by their neighbour, Kelton. This is even though Alyssa is not totally comfortable with Kelton.

Kelton’s family thinks they are not at risk. They have prepared for such times and are able to live off-the-grid, self sufficient in food, energy and water supplies. Because of their survival actions, they are considered ‘odd’ by their community. However, as the water crisis continues, the McCrackens become of greater interest to the locals, but not in a positive way.

Dry is told using various voices – mainly those of Alyssa, Kelton, Henry and Jacqui. These are interspersed with comments from others viewing the unfolding water crisis – reporters, rescue workers and others. The young people in the story are not super heroes who develop extraordinary power to bring life back to normal, but those who respond in a way to keep it real and authentic, with sometimes interesting results.

The Shustermans (father and son, Neal and Jarrod) give the reader lots to think about – when water management IS becoming difficult, towns ARE threatened with limited supplies, and even citizens of developed countries are CHALLENGED to seriously consider how they use natural resources. Living in California, they came up with the idea for Dry having seen and experienced the tragic consequences of local drought and bushfire, and other natural disasters across the globe:

“In California, we are constantly dealing with drought, and the possibility of the state running out of water has become frighteningly close. So that got us thinking about what could happen if so many millions of people were struggling to survive without water.” Source: Fiction Frighteningly Reflects Fact in ‘Dry’

Reflecting on the consequences of our taps being turned off – i.e. no running water supply, is an awkward place to be after reading Dry, but not one we should shirk. Recommended for all – read it before the movie comes out!

# What do you think you would need to do if your regular water supply was cut off?

## What would be the first thing you would do?

### How might your local community change? be impacted? react? Is Dry realistic about this?