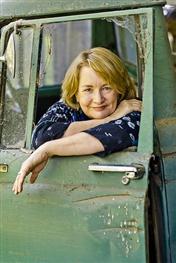 Accolades once again to Jackie French’s writing talents! She has been awarded the Young People’s History Prize at NSW Premier’s History Award for 2013.

Extraordinarily, Jackie had 2 chances to win, as 2 of her books were shortlisted for the prize – Pennies for Hilter and Dingo: The Dog Who Conquered a Continent. A third book, What are the Mysteries of Lake Mungo? by Timothy Gurry and Robert Lewis, made up the shortlist for this section of the History awards.

Jackie is well reknowned for her writing – especially historical fiction; and has won many awards over the years as children’s author. As a prolific researcher and writer, she collects her inspiration from around her, including comments from fan-mail. Pennies for Hitler is a fine example of this:

After reading French’s first book on the fraught topic, Hitler’s Daughter, the boy was moved to write his first note, observing: “I have learnt to be wary of anyone who makes you angry”.

French says: “I had been wondering how did Hitler do it. How did he get people to believe that people because of their race and religion should be exterminated? And a 14-year-old boy gave me the answer. Anger is contagious.” From SMH article below.

# Also see our previous review on Pennies for Hitler. Congratulations once again, Jackie!