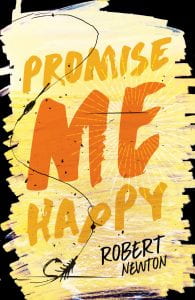 Nate wonders what really makes people who they are. Is it determined at birth, or is it a result of how you are raised? Either way, things are not looking good for him. His dad is abusive, his mother is dead and he’s just finished 18 months in juvenile detention. Now he is off to some unknown location to stay with some unknown family member – his uncle, his mother’s brother.

It’s like he has completely shut down in juvie, and can’t see anything positive ahead – especially when he first meets his uncle, Mick. Neither Nate or Mick are lovable characters when we first meet them – in many ways, they are alike.

As Nate slowly explores his uncle’s community and the people within it, he begins to recollect happier times with his mum and a personal connection with the local environment. Quirky characters like Gem and Henry cross his path, and his thoughts start to move outside himself. They are authentic characters and you will love them both for different reasons.

Nate sees Gem as unique, and more beautiful inside and out than any other girl he has known. Henry is an eccentric little 8 year-old, who provides a bit of local knowledge to Nate, and at times, some unwanted companionship – till he grows on him. Even his relationship with Mick moves well beyond its gruff beginning.

However, encounters with the local tough guys test his self-control, and he begins to wonder again, if he is destined to follow in his father’s footsteps, unable to control his anger.

‘Promise Me Happy’ by Robert Newton is a great journey which makes you wonder about the ways people deal with confrontation, being different and how people can react when someone important leaves their lives. Keep the tissues handy, but feel happy that you have been on the journey with Nate in the end.

What is it like to lose someone close to you?

In what ways can we deal with our grief and remember the important things? to keep our emotions in check?

## Robert Newton also wrote When We Were Two (which was awarded the Prime Minister’s Literary Award for Young Adult Fiction in 2012) and Mr Romanov’s Garden. His other books can be found here.